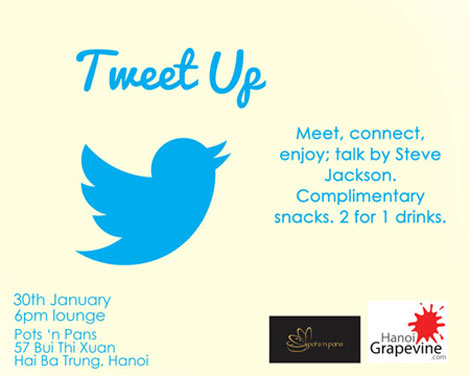 #HanoiTweetUp is a networking event initially organized for twitter users in Hanoi to meet face-to-face with their virtual “friends” and “followers”. However, the concept soon changed into an event for everyone who are interested in social media and want to broaden their network. HanoiTweetUp was originally inspired by this same event in HCMC called #SaigonTweetUp, organized by @Vietnam720.

There have been 4 events of this type in Hanoi:

Grapevine would like to say thanks to @potsnpanshanoi for the host, to @ourman for the interesting talk about animal rescue in Asia, and to everyone who turned up.

Here is the list of participants, in no particular order: END_OF_DOCUMENT_TOKEN_TO_BE_REPLACED

This entry was posted in Social Media, Vietnam and tagged Hanoi, HanoiTweetUp.

After such a long time of waiting and being jealous with the tweeters in Saigon for their brilliant SaigonTweetUp, we, Hanoi tweeters, have eventually succeeded in having our own HanoiTweetUp, which was a great chance to network and to “put faces to names” as described by @AC220.

And below is the list of people who came to the meet-up (randomly arranged):

END_OF_DOCUMENT_TOKEN_TO_BE_REPLACED 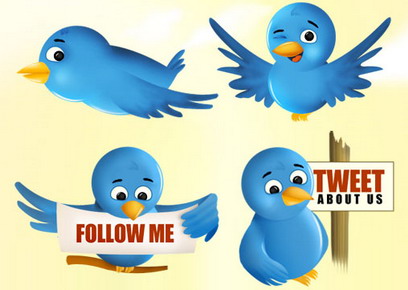 Non-twitter users are all welcome and hopefully you would join our diversified twitter community after the HanoiTweetUp!